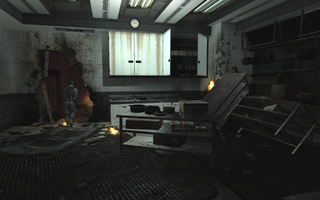 I don't write fan fictions very often, but when I do, I put much thought into it so it will be fun, interesting, and high quality. So, I had an idea a while back about this but now I'm actually going to take action. I can't tell you what this will be about but I can tell you that it should be interesting to see how it works.

So, I need a few characters. Not a lot, but a few. They should all be from the rank of Sergeant or lower from the U.S. military.

If there is anything you would like to add to your character making template when you make a character, feel free.

Bio: Former New York resident, Locke signed up for the military because he was laid off from his factory working job and couldn't support himself otherwise.